Lorenzo Seghezzi, a student of fashion design at Naba, is the result of a particularly explosive experiment. Take a dash of LGBTQ+ activism, a hint of ‘fashion’ and a handful of desire to be heard. Serve still warm and boom, here’s Lorenzo.

Artist or designer? Why?

Both. If I had to explain why in a comprehensive way, I would write two pages of reply. I believe that an artist is a person able to express his idea through the manipulation and transformation of a material, while the figure of the designer often exempts himself from the practical realization of the garment that draws commissioning the work to third parties. I do not see myself in this second definition at all, I am too attached to physical creation and manual work. All that I have said is obviously not a criticism of those who limit themselves to designing and designing a collection, on the contrary. They are simply two different ways of living the same passion. Another discourse is that of the link with the world of art at the theoretical and cultural level which, in my opinion, absolutely cannot be lacking. 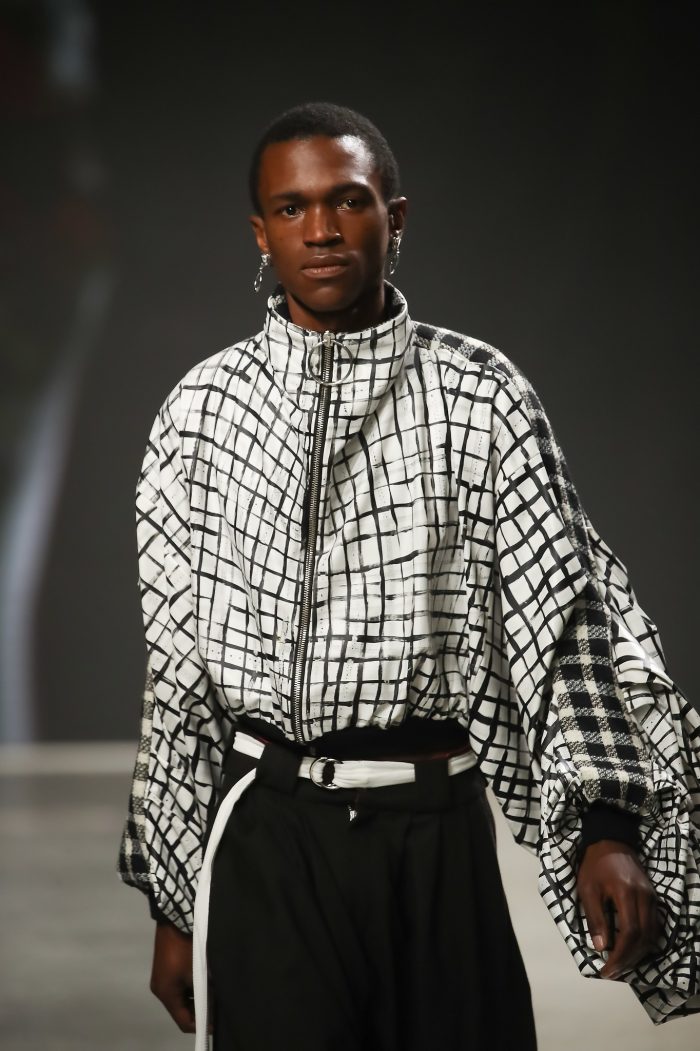 Nowadays, everything has already been done, being subversive is difficult, so what motivates you to pursue your idea of Fashion queer?

Has everything already been done? Probably. These are the contexts in which every creative person works, the social structures in which they live, his unique personality and the people who see and wear his creations to make an innovative and unique garment that might have been, aesthetically or structurally, seen already. I am of the opinion that the desperate search for originality often leads to the opposite result. It is counterproductive. When a designer or artist works according to his or her instincts and expresses his or her personality, the result is necessarily unique. When, on the contrary, a copying designer is hard not to notice. 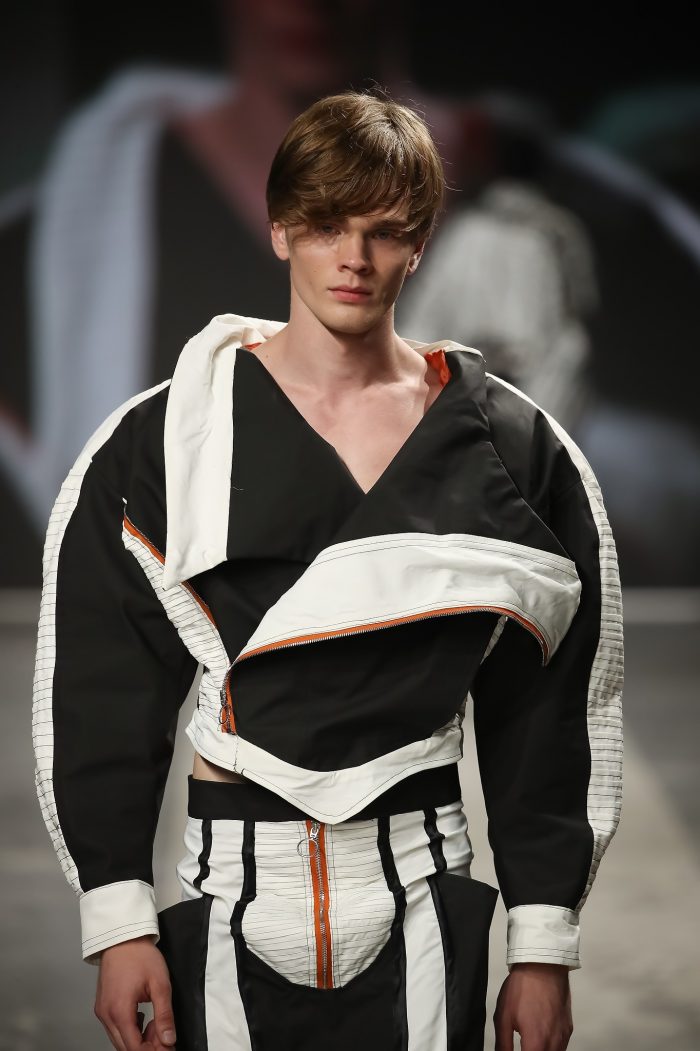 Well, using your friends as models in the early photo shoots is what all young designers do, right? I grew up surrounded by drag queens and have always been convinced that this phenomenon is the strongest manifestation of punk that we can see today. The drag world is desecrating, it is the constant search for beauty worn explicitly as the mask that, basically, it is. This concept has always fascinated me and is very mirrored with the vision I have when creating my clothes. 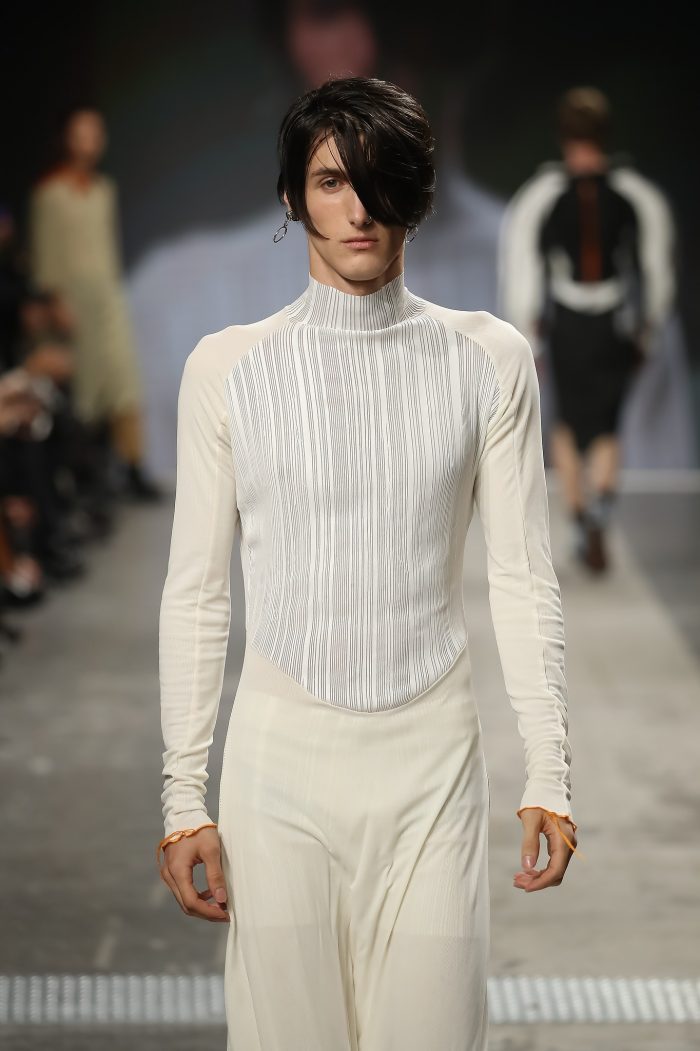 In ten years what vision do you have of what you, and others, call the queer revolution?

Over the past decade, the LGBTQ+ community in much of the world has experienced a period of gradual improvement which I hope will continue in the future. All minorities need a revolution. Humanity can no longer rely on white binary heterosexual hegemony.

John Galliano for Dior has elaborated on fantastic strategies where we can either talk about the brand image on the economic side or we can discuss the purly creative. You, as a designer, which team will you choose: economic or purely creative?

That’s a very good question, but I can’t give you a serious answer. Unfortunately it’s too early to talk about the “economic side” since I don’t have a brand and I don’t work if not on commission. We’ll talk again in a few years if you want! For now, if you want, I can tell you, being penniless, I can’t afford to spend that much on materials. Luckily, for now at least, I don’t care about it. The material is only a medium. It is the way it is used that makes it beautiful and precious. 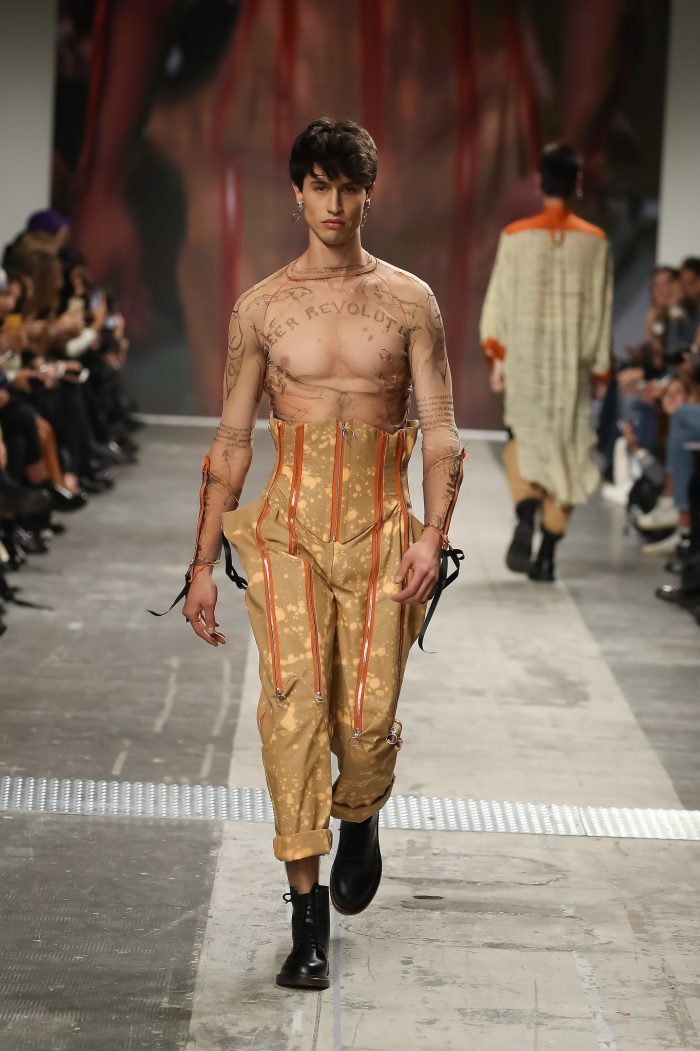 Queer, LGBTQ+, etc. What is the true philosophy behind it, driving you and motivating you to carry out your projects?

The true philosophy that motivates me to pursue my projects is based on the constant almost obsessive need to create and change what I have around me. It’s a continual escape from the static and I can’t keep my hands off it. This is physically reflected in a continuous doing and undoing, sewing, drawing, dyeing, decoloring, tearing and redoing of everything around me and trying to use it as a means to express the need for change in the queer community. 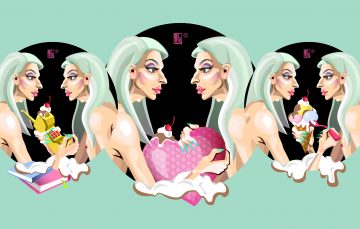