It’s been a long time since I moved here and sometimes, I seem to forget what this meant to me.

Having spent my childhood and adolescence in a provincial reality, certainly contributed to a first idealization of Milan, the city that would become my home.

For a thirteen-year-old boy – who was used to his small town of 300 inhabitants – escaping in Milan meant something more. It meant the search for a different, freer world, something like a paradise for me in those days.

Neither more nor less than that and this surely is what most of those who have moved to a big city have experienced.

I’ve been living in Milan for eight years and now I’m sure that my infatuation phase for this city is over; I am not longer the ultra-stimulated provincial of any sophisticated crap.

And only now I can feel a deeper connection with Milan, a real sense of belonging.

I’m speaking about Milan, childhood and paradises. You know every paradise has its saints, so this is the way I tried to portray this city.

The first person you chose is Mahmood, the 2019 king of controversy. He’s a (the) martyr of racism, how do you think it is still possible for a realness like Milan (and Italy) to be so retrograde?

There has been much talk about it and certainly with more appropriate tones than mine, but this is the reality, and it’s right to keep talking about it.
We are in a historical period of extreme lowness and the vulgar populism aims to leverage on the collective hatred. The obvious scapegoat of the situation is the different, the foreigner.

We are in a political era of fake news and useless controversy. In a period where likes on Facebook are the only important thing to get the consent of the functional illiterates. But the political reality is the true mirror of a rampant racism.

I think it’s comical when you attack an absolutely Italian boy for his origins, questioning his merit and talent. This is the reason why I decided to portray Mahmood as a martyr, as the San Sebastiano pierced by the ignorance of this retrograde Italy. 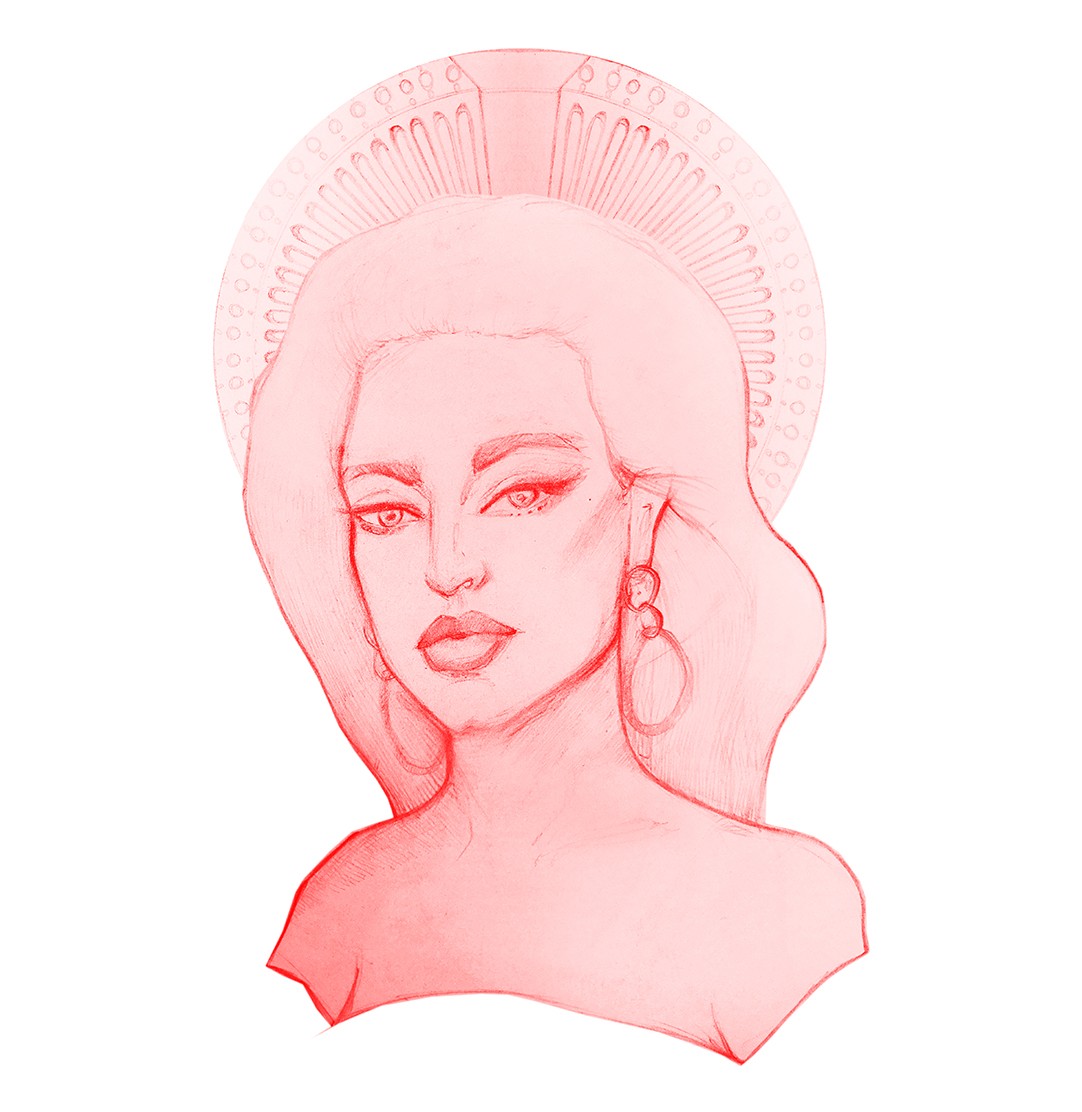 Stephanie Glitter (Ciao Zucchero) is the next face you chose to draw. She is a pioneer of self- acceptance. What do you think about this issue? Do you think Milan is a fertile place where to grow yourself boundlessly?

Stephanie is certainly a positive character in the Milanese reality and her recognition as influencer of the year at last May’s Diversity media awards is the true confirmation.

I’m talking about Stephanie because her years of experience at Plastic Club made her one of the most iconic and famous faces in the Milanese night life. And in the same way I could speak of several other personalities who in recent years are giving a real face to the history of the Milanese clubbing carrying on a real battle not only for acceptance, but for the real pride of being yourself.

I like being positive and I think that Milan is really evolving in this direction and I want to be confident towards the new generations. At the same time I shudder at the idea that the situation is very different as we move away from the city and enter the provincial realities where in most cases this battle has not even started. 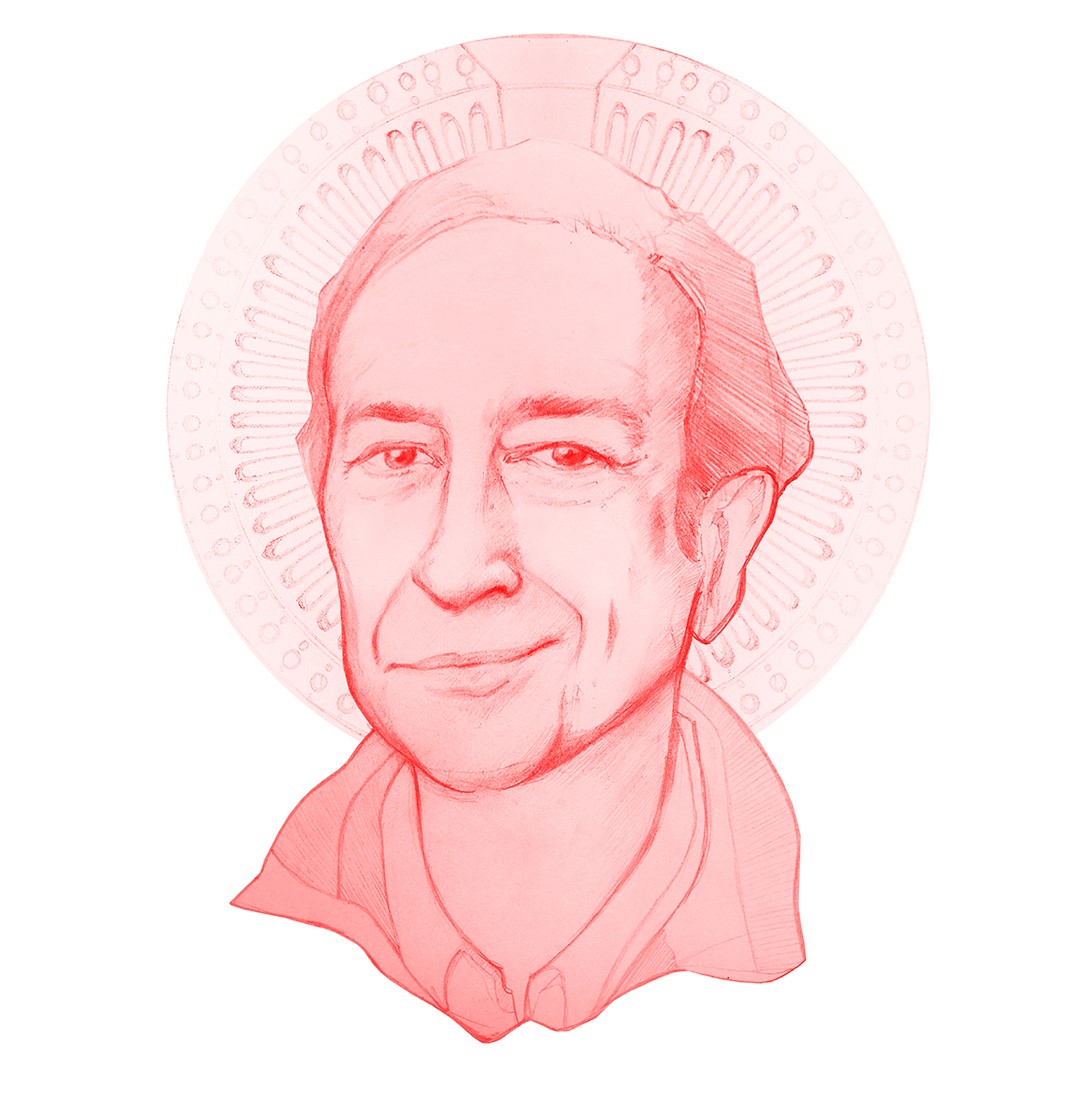 What would a great City be without a great mayor? Beppe Sala is a “silent rebel” and it is nice to see your decision to include him in this project. Is it too late to have a “moral riot” in a reality like this?

I know this meditation will seem impromptu, but I was accidentally looking at the film “Frida” by Julie Taymor and I was struck by the words pronounced by Diego Rivera: “I prefer evolution to revolution”.

This is what you remind me when you talk about Beppe Sala as a “moral riot” and a “silent rebel” perfectly describing his figure as the leader and the spokesman for the change.
As Giuliano Pisapia before him, he is surely contributing to raising public awareness of significant issues, including the LGBT cause. In fact, most of the citizens show great affection for him.

Milan has evolved and is evolving and if this is happening it is also thanks to him, after all what would a great City be without a great mayor? 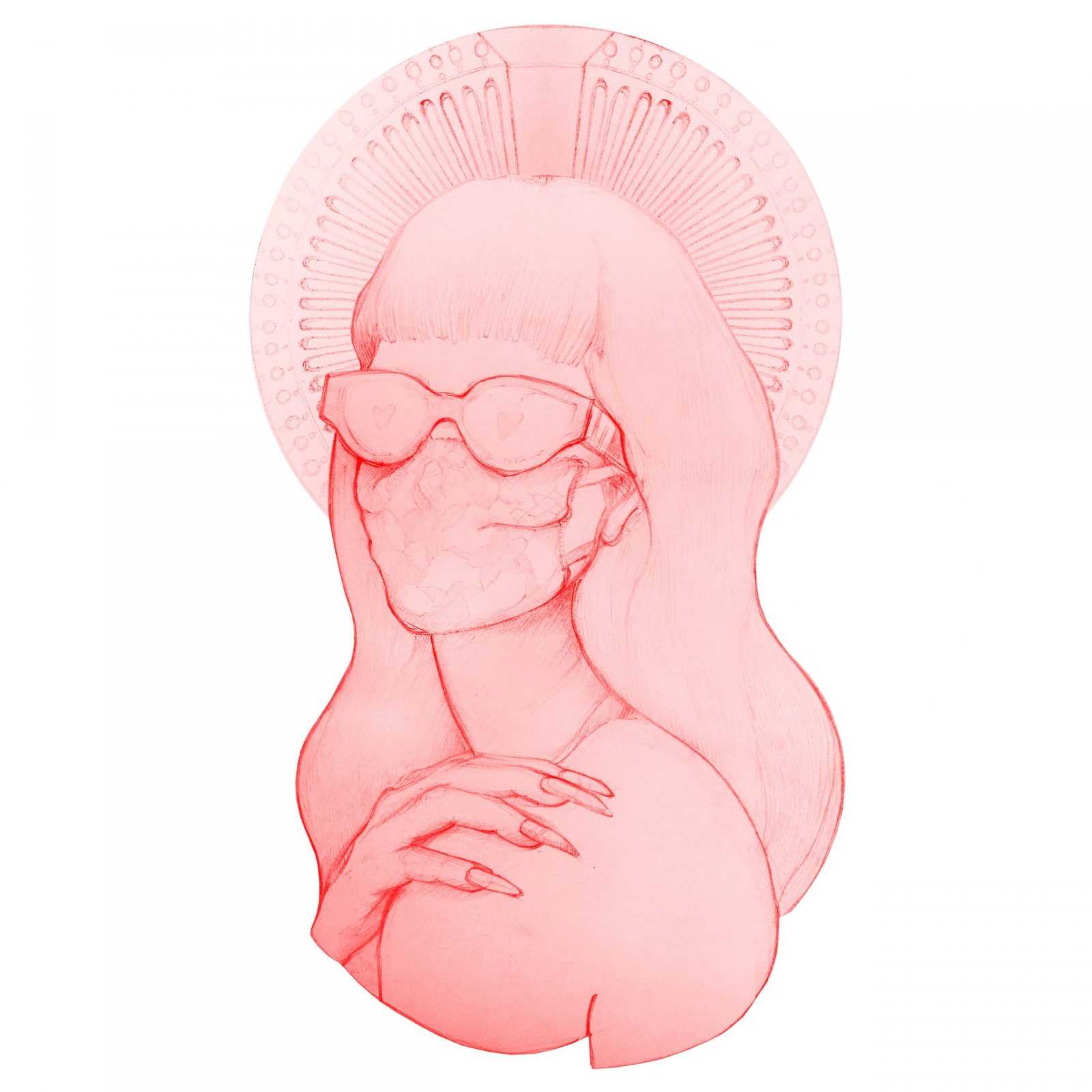 The next point we would like to touch is “night – life” and clubbing. You chose one of the most mysterious face ever, Myss Keta, the queen of the dancefloor and the mistress of provocation. What does it mean now to be “famously unknown” in a city where exteriority is the key – word? What does it mean for you the cult of clubbing?

I’ve always been fascinated by the inner symbolism of the mask and by the figure of the diva. This is why, when I discovered Myss Keta, some years ago, I immediately fell in love with her character. Finally in Italy, and particularly in Milan, a “common” man -pardon woman – wears the Kierkegaardian mask to estrange himself and reach that state of the Nietzschean superman to lay down the law by dint of the provocative and emancipatory rhymes.

Myss Keta is not neither the first nor the last case in which the artist conceals his identity in order to highlight his talent and personality. Behind her project there is something more.

Behind her character we find a real universe full of images, photos, videos that depict her as an icon surrounded by an aura of mystery, an image that is in some ways alien and super-human. Through the use of the mask she can get the condition of “famously unknown” so as to be able to convey her own message with a certain reverberation. Separating every single aspect of her private life she’s able to reincarnate her message in the figure of the Myss herself.

The last portray is my favorite because it shows you. What is more Interesting than reading a free reflection about Milan and your relationship with it?

I owe a lot to Milan, thanks to this city I grew a lot and I’m still growing. When I arrived in Milan I was just an eighteen year old boy ready to start a brand new chapter of his life. I moved in Milan to start my architectural studies at the Polytechnic school.

Milan in 2012 was a little different but there was already that sparkling area of ​​freedom and independence that I love. I still remember the first months in the university’s classrooms, going out with those who would become my closest friends and my first serious relationship.

The truth is that this city has radically changed my way of thinking and living, giving to me many motivations. In my opinion Milan is the only true Italian Metropolis: a true multicultural place of exchange, but at the same time it’s intimate and not chaotic.

If one day I’ll have to go, it will be like a farewell at home.